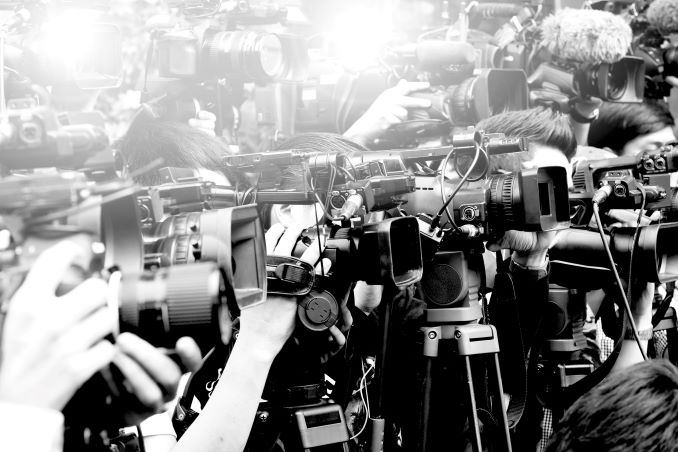 When nobody really knows you and they are having a field day with your life details in the media because you are in the public eye, it is torturous both mentally and physically.

Too many media intrusions and effects

The pain and feeling of the lack of control over the coalition of persecution that the media, the readers and the re-tweeters, can feel so immense that you can feel that there is no way forward and no way out.

Press and media intrusions can make you fee overwhelmed and tortured, when the news is about bringing you down (and many times building you up, too). It feels like nobody has autonomy over themselves anymore.

Never before have we all needed wise counsel; a guardian angel; a trusted advisor; a crisis communicator; someone that will take control, take the all-encompassing strain from media intrusions away and build you up again.

Sounds impossible when there feels like there isn’t an escape when you are hounded by the media.

Escalating unfounded news based on a snippet or who you have been pictured with, embellished negative news, rumours and speculations everywhere you look, with your image is mentally debilitating.

When snippets are shared in nanoseconds across the internet, on social media and then other merging stories unfold from those snippets, just to fill spaces, press pages and minds can fill your mind with how to escape the traumatic ramifications.

Where is the escape from mental torture when you are in the public eye, one may wonder, as vigilantes of public shaming is rife on the internet. It seems that people take pleasure in participating and despite knowing that it would be best to not pay it any attention, that is easier said than done with media intrusions. When you feel bullied by a mass of people that don't know you on the internet and are afraid of further escalation and to what end, it may feel that it would be impossible to feel less anguish again.

How do I deal with reporters

It could be that you are avoiding a broadcast interview because you feel hounded and unprepared. Being worried about what you will say and how it will be perceived and whether it will add fuel to the fire is a general concern. Our advice is to stay composed and polite (despite wanting to scream and shout) and our article on media interview preparation might be helpful.

What many people have found solace in is having a PR team to help them gain control. Nothing can take away those initial feelings of harassment, hounding and feeling bombarded by negative stories in the media but they can be reduced and with time and expert support, ebb away. A good PR team will tackle whatever they need to tackle head on, protect you, prove any false news and raise positive aspects of your profile and bring good stories to the mass audience.

An experienced PR agency will endeavour to do what seems like the impossible, and do it quickly, which is essential to achieve respite from negative news. They will focus on flooding the news with good and fresh information. An experienced, quick-thinking media invasions crisis PR team will turn difficult, sensationalised stories into a positive story.

If it is a negative story about somebody, the origin needs to be looked at. Every problem that it throws up needs a different, positive answer and there are always ways to do this to alleviate the consequences of media intrusions.

There are a number of actions that you can take for media intrusions to protect your privacy and it is worth bearing in mind about harassment. If, for instance, you have journalists and photographers hanging outside in the bushes or they keep knocking on your door and won't go away, this may be harassment. Remember that harassment is where an incident happens twice or more (course of conduct) and it is making you feel alarmed or distressed. It doesn't even have to be threatening but often, it can feel that way. If you are dealing with media intrusions, you can feel trapped, threatened and full of anxiety.

Sometimes, a PR team will work with specialist lawyers and so can often ascertain that the news is an intrusion of privacy, inaccuracy, intrusion, harassment or something that is not of public interest. If there is an element of truth in the story, it can be dealt with professionally.

Being made accountable and fear of being sued will most likely cease the publications. Stopping stories or shaping them into positive ones is completely possible with a PR team that has good media contacts, so do not despair.

I am not sure what to do about media intrusions

When you don’t know what you need because you are suffering from the ramifications of media intrusions, you may feel too low, overwhelmed or uncomfortable about talking but we urge you to give an experienced media crisis management PR team a call. One such as ours will know that the mental health issues that people experience down to being in the public eye, can’t be solved by one thing only but we do know how we have helped many people with bad press.

The right PR team will magnify the visibility and impact of positive articles and reach wide audiences as quickly as any bad news appeared, making them fresh news. Subsequently because of a Media Crisis PR team's involvement, they will have bolstered people suffering from the consequences of media intrusions. This includes amplifying coverage on positive stories, so much so, that they have felt more equipped to reach out for mental health therapy, if they needed it.

Being trained in looking after people’s best interest, a Media Crisis PR team will help you in so many ways, if media invasions are taking over your life. They are trained, experienced and have the tools to support you and protect your reputation.

Being in your corner when it feels really tough for you being in the public eye and turning things around is what our PR crisis management team are good at. As we were journalists ourselves for many years, we know how it works and we know who to contact.

We believe in the power of good communications to transform lives.