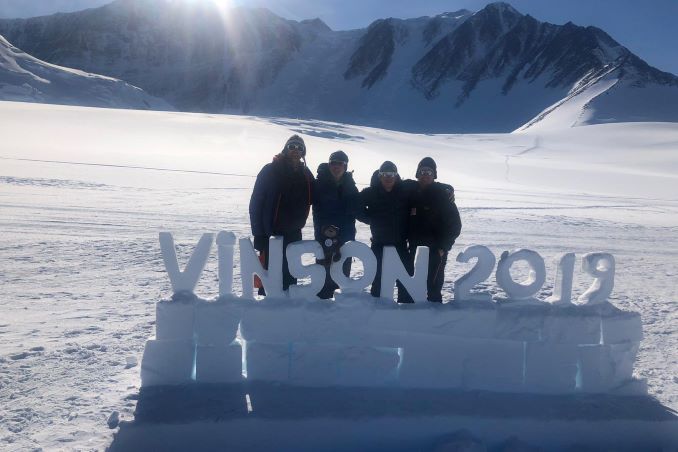 Who is Henry Smith

Henry Smith is the co-founder of The Wickers Charity - a mission to give young people a safe and positive space to interact and learn.

Henry Smith is on a mission to stop young people from turning to a life of crime. After the tragic first-hand experience, his Brother-in-law was stabbed to death, Henry hopes to combat knife crime by providing a positive space for young people to go and learn; a safe haven where they can go and mix with others after school.

In order to fund raise for the charity, Henry Smith headed south to Antartica, to climb the continent's highest peak, raising more than £180,000.

For this fundraising charity PR campaign, we ran an active press office, promoting Henry Smith's challenge of taking on Mount Vinson and provided the press with continuous updates about his expedition to encourage more funding.

Strategy for enhancing the success of a fundraising charity PR campaign

Here, we highlight the need for experts in fundraising charity PR communications agents:

To get the communication in the right places, across the nation or globally, takes for a trusted, experienced, connected PR expert, who will tell your story in such an attention-grabbing way and why you set up or co-founded a charity. Many people have a reason why they are connected to charities and why they fundraise for a particular charity. We highlight the reason why your charity needs the funds and how it will spend the money in our storytelling way that will be emotive and honest.

When a PR agency is ran by people that put their heart and soul into caring about people and realising their ambitions, you know you have hit a winner in supporting you with your fundraising charity PR campaign. The choices that supporters make about which charity they want to donate to, can be won or lost with key, compelling, call to action messages.

If the message is written with heart and soul in mind, you are going to gain the attention of a wide audience. Especially if it is broadcast across the channels by a well connected PR firm, across the media channels. Being well connected and respected by editors, producers and journalists means that when a fundraising charity PR story is sent to them, they know they will be getting a smart, interesting story that is timely and newsworthy.

Our PR experts reinforced and built on his messages and sent them to their contacts in appropriate media platforms to release the news continuously and thus encouraged audiences to donate as he climbed. Henry Smith had an optimistic £75k target on his Wickers Charity crowdfund page but he soon smashed that.

To get the fundraising charity PR campaign to be a success, key messages and case studies need to be conveyed in such a way that it talks to the heart of the audience. Many people can forget the important of PR in a fundraising activity because they can get lost in the activity of the event itself and not see a bigger picture. The bigger picture could be with expert PR help, the difference of thousands of donations, a deep awareness and the inspiration of supporters.

We believe that promoting goodwill, which is one of the simplest and most straightforward objectives of fundraising charity PR campaigns is to enhance a charity's credentials in the market. What has often been achieved also, is the effective lobbying to MPs and select committees based on our campaigns, undertaken for your charity.