Promote a Show with PR 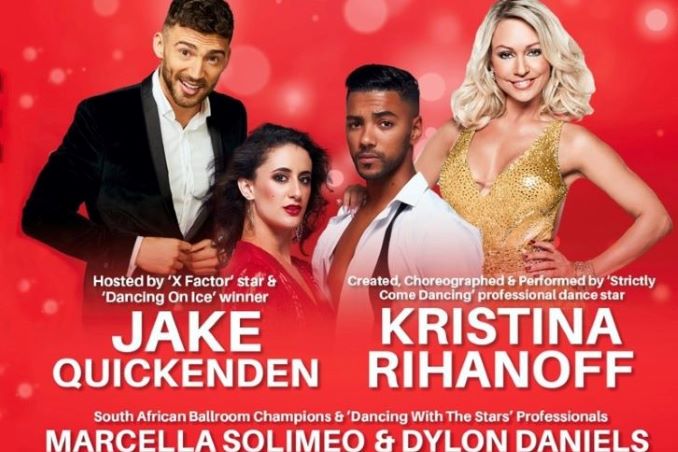 Kristina Rihanoff is a world finalist professional ballroom dancer, instructor, choreographer and author. She directed, produced and choreographed her own show 'Dance to the Music'.

What did we set ourselves to do for Kristina

Our team of PR experts were instructed to raise awareness of Kristina Rihanoff's Dance To The Music tour via engagement with newspapers, magazines, websites, digital platforms, TV and radio.

Strategy in enhancing PR and 'Promote a Show' campaigns

One of the most successful strategic principles in developing PR campaigns to promote a show is to think about giving the right message to the right people at the right time. It is a time to build future brand strategy too, increase followers and potentially traffic to future events. To promote a show, get tickets bought and a bigger audience and if you plan to take your event on tour, then you will need a steady pipeline of leads of good, exciting promotional material placed strategically, geographically and across the channels, in a timely way.

Promoting on social media is a great way to go but to help amplify your event beyond your own network, increase ticket sales and attendance, you could be missing out and you can see here for Kristina Rihanoff's tour as an example, why performers enlist the help of an experienced PR firm, when you consider what is involved. The returns on investment are incredible when you consider that your show could be the catalyst to more tours, after the success of a PR-assisted promotion of the show.

Firstly, to promote a show, we have to pay attention on the promotional imagery and video because this is what we will be posting across the channels. So, for the Dance to the Music Tour, we arranged and facilitated a professional photo shoot and video of the show's creator, choreographer and performer Kristina Rihanoff along with her tour host Jake Quickenden.

Creating momentum and setting the show up for success is began when we create and produce captivating press material to promote a show, which includes news releases, the promotional video and imagery.

We then then send this press release material to regional and national news outlets, as well as regional social platforms in order to gain coverage within the regions of the nationwide tour, to raise awareness, build momentum, generate ticket sales and overall press hype and publicity.

We then secure national press opportunities across print, digital and broadcast media which ensures more chances of seats being filled, especially since the target audience for a dance tour like Kristina Rihanoff's, as she would have a mixed age interest and some of her audience would take note of broadcast and print, rather than digital.

To promote a show, we generally promote the theatres of venues of a nationwide tour and this instance, there were 43 theatres promoted to dance fans, local dance schools and the adoring British public.

For Kristina Rihanoff's Dance to the Music Tour, coverage reached an audience of 19 million, across all platforms. Her tour publicity was placed in 310 regional and 12 national outlets including The Daily Mail, Mail Online, Daily Star, Sunday Mirror, Express Online, Metro, Closer and Woman's Own.

Securing TV and radio publicity to promote a show is important to reach larger audiences and we got Kristina and Jake on prime time television, ie. The Lorraine Show and nationwide radio interview activities.

We manage the full press landscape for shows and tours, for reader, viewer and listener promotions, as well as ticket offers and competitions.

On this tour, it was lovely to work with theatre and music producers, RLN, for the first time and we secured a long-lasting professional relationship.

So, you can see why enlisting an experienced show publicity PR firm that is expert at getting positive press, is worth it. As an artist, you put so much into your show, you deserve the best PR possible to make it an even bigger success and it is an opportunity to set the stage (excuse the pun) for the future success of your ongoing profile development.