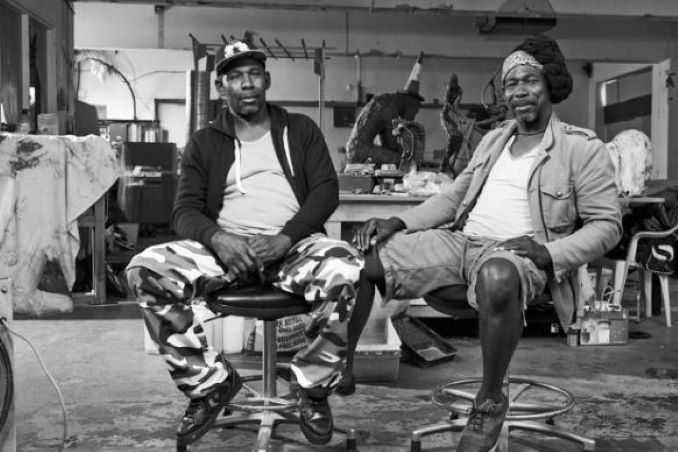 What is The Banksy Job and who is Andy Link?

The Banksy Job is a documentary film by Grayscale Productions about how self-described 'art terrorist' Andy Link (AK47) stole Banky's sculpture, 'The Drinker'. Andy Link was played by himself in the film.

What did we set ourselves to do

Our team of PR experts was tasked to assist with the promotion of the film premiere event PR of The Banksy Job, organise the after party and to raise the profile of the lead character, Andy Link.

Celebrating your film premiere has to be done and it has to be done well. Not just to give it the publicity that it deserves. Making a film is a major achievement and having a premiere event is an opportunity for you and your crew, cast, investors, family and followers to pause and take stock of what you have created, for it is no doubt been a major project of yours that you have lived and breathed for months or years.

The premiere and after party is a poignant and important celebratory event and it deserves publicity but most importantly, your acknowledgement of a wonderful feat.

When raising the profile of an actor and film and in this case, the lead was playing himself in his story involving Banksy art. Hence, the film's name: The Banksy Job.

We focus on the actor's profile; their identity; image; brand and convey that story in the best way authentically, as possible and gain publicity across the channels. Andy Link is an artist and we raised his profile and his appearance in the Grayscale Productions film by promoting him to the media locally, nationally and internationally.

Our connections and close relationships with key people in the media, to secure coverage saves time with profile raising, since we are trusted with good narrative. Being established for a long time assists with this and people pick up the phone when we call. We were able to create a lot of anticipation for the film premiere through out contacts.

The coordination of the film premiere event PR and after party involved paying close attention to the detail, catering to the attendees and ensuring that the party reflected the event.

When organising a film premiere event after party, we can maximise on the PR and create exciting cohesive settings that reflect the movie. From stunts to backdrop sets, red (and every other colour) carpet, props, entertainment, goody bags and great food, we do whatever it takes to create fun, the right vibe and style and reach other objectives.

Guests are really important and we look at who we can invite that would suit and that would influence their audiences in order to go and see The Banksy Film. Celebrities were invited and looked after, for the film premiere event and after party.

To get people talking and sharing and raising the profile of Andy Link aka AK47, we secured great coverage and he appeared on The James Whale Show, Talk Radio and Soho Radio.

The film premiere event, after party and Andy Link appeared in The Evening Standard, Mail online, Daily Star and Yorkshire Evening Post and the Independent newspapers.

Of course, here the most important objectives were to create a wonderful buzz about the film and sell tickets to watch it, raise Andy's profile and host a great film premiere event after party that lives on in the memories of all that attended.