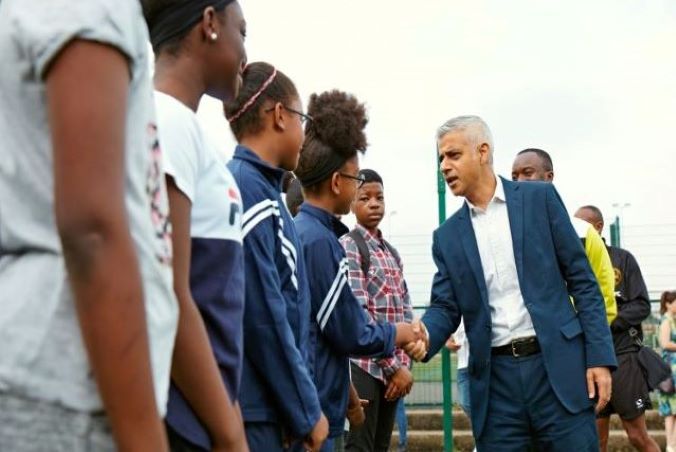 Who are The Wickers Charity

The Wickers Charity is a charity that supports young people in East London, intending to prevent them from entering a life of crime by providing opportunities to succeed in life.

What did we set ourselves to do

As with all charity campaign promotion briefs, we look at the Short term and Long term goals. Short term goals consist of creating strong social media images and building awareness, influencer relationships and gaining followers on social media. We look to obtain strong partnerships with aligning brands and building networks. Long term goals are all about building the brand continuously, engaging with clients and generating more followers, more engagement and donations.

Getting media coverage and raising awareness of what the amazing things The Wickers Charity does, we looked to raise the profile and reputation in all media outlets: print, digital and broadcast. Our press releases are written to communicate to a target audience, engage, turn audiences into followers and to encourage support. We delve into the story and the publicity angles and we investigate where best to place the story, prior and post event and which key channels to send it to.

We always like to maximise good publicity in almost everything we do and for media coverage for charity, we see how many stories we can get out of events and the key people involved in the day, their stories and the charities. There was a strong message here of community engagement, support, understanding, empathy and being committed to transforming lives of young people in London. We then increased awareness prior to the event by writing an engaging press release about the reasons why the London Mayor chose The Wickers Charity for the £10,000 donation and how it was appreciated and how it will be spent.

After liaising with Sadiq Khan's team about the key media to target on his behalf and who best to send a press release to in our media contacts on behalf of raising awareness for the charity, we then immediately circulated the press release prior to the event, to generate a buzz and recognition.

On the day, we facilitated the media and liased with the photographer and the videographer to ensure the right images and footage were taken with the necessary representatives. We then showcased the day by securing great media coverage of London Mayor Sadiq Khan's £10,000 donation from the Young Londoners Fund to the charity, his training session at Hackney Wick Football club and a visit to 'Street Trekkars' school holiday programme, which was set up by Hackney Wick FC and The Wickers Charity.

Fantastic local media coverage was achieved reaching over 35,000 people with articles in the Hackney Gazette and a television feature on London Live. There was a brilliant response on social media, including 10,000 views on Sadiq Khan's video of the charity awareness day, posted on his Facebook page.

To round off a wonderful charity awareness PR day, positive client feedback came from the Head of Operations at The Wickers Charity said, post event, "Thank you all for your help today. It just shows how professional you are."

We look at short and long term objectives and put together strategies in order to achieve them. With charity awareness, we get good, broad media coverage. We raise profiles and reputations in all media outlets: print, digital and broadcast - communicating to a target audience and encouraging support by circulating relevant information and images. These will be written to raise awareness and encourage others to donate and get involved by conveying important, key messages and always with 'call to action'.

We very sensitively write about case histories and communicate about news and developments. We also connect charities with influencers and ambassadors, who we contact directly, singularly (not blanket email) and discuss with them to see whether they are a good fit for your charity before introducing you.

We work as an extension of your marketing and communications team as well as solely running PR campaigns and collaborate with web teams and media. We raise executive profiles and increase presence on social media with photographs and emotive videos taken by professionals that we manage. We arrange PR stunts, events and make award show entry suggestions, since we are continuously in the loop about what is going on and where. The list goes on but suffice to say, we do 'whatever it takes'. Our PR and Media Relations experts are well connected, we think big, long term and we will work hard for your charity.